Now in its 3rd year, Kidney March is really gaining ground (pun intended as this year marks 300 kilometres of ground gained). This year in particular Marchers have been great at getting Kidney March and Kidney Disease in the news. Just last Friday, Global Calgary aired a segment on the impact of Kidney Disease on the person, home hemodialysis, and The Kidney Foundation. Heather, the health reporter, tied it all back to Kidney March as an important fundraiser to help the Foundation continue its work. You can check out the full Global piece here. Feel free to share it with your family and friends to show them why the March is so critical.

If Marchers are the heart of the Kidney March, then the Crew is the soul. There’s no two ways about it, our Crew members make the March….march. Walking one hundred kilometres is an epic adventure, and our hard-working, fun-loving Crew supports the Marchers every single step of the way. Think you have what it takes to join the ranks? Here are a few things you need to know:

1.  You’re an ambassador of kidney village. For 3 remarkable days, we all are citizens of a community focused on 2 things: fighting kidney disease…and taking care of our feet. From the start to finish, our Crew is busy making sure the Marchers are getting the R&R they need after a long day on the road. Need help with that tent? Crew is on it. Need directions to the massage tent? No problemo — That’s Crew-covered. Along with everything else, naturally.

2.  You’re the chairmen (and women) of cheer. Whether the Marchers are mid-route in the stunning Kananaskis Country or nearing the home stretch towards the end of a 33 kilometre day, cheering is a gift and obligation for our entire Crew. A good cheering squad has been scientifically proven to actually make blisters be-gone and cramps vanish into thin air. It’s that powerful. END_OF_DOCUMENT_TOKEN_TO_BE_REPLACED 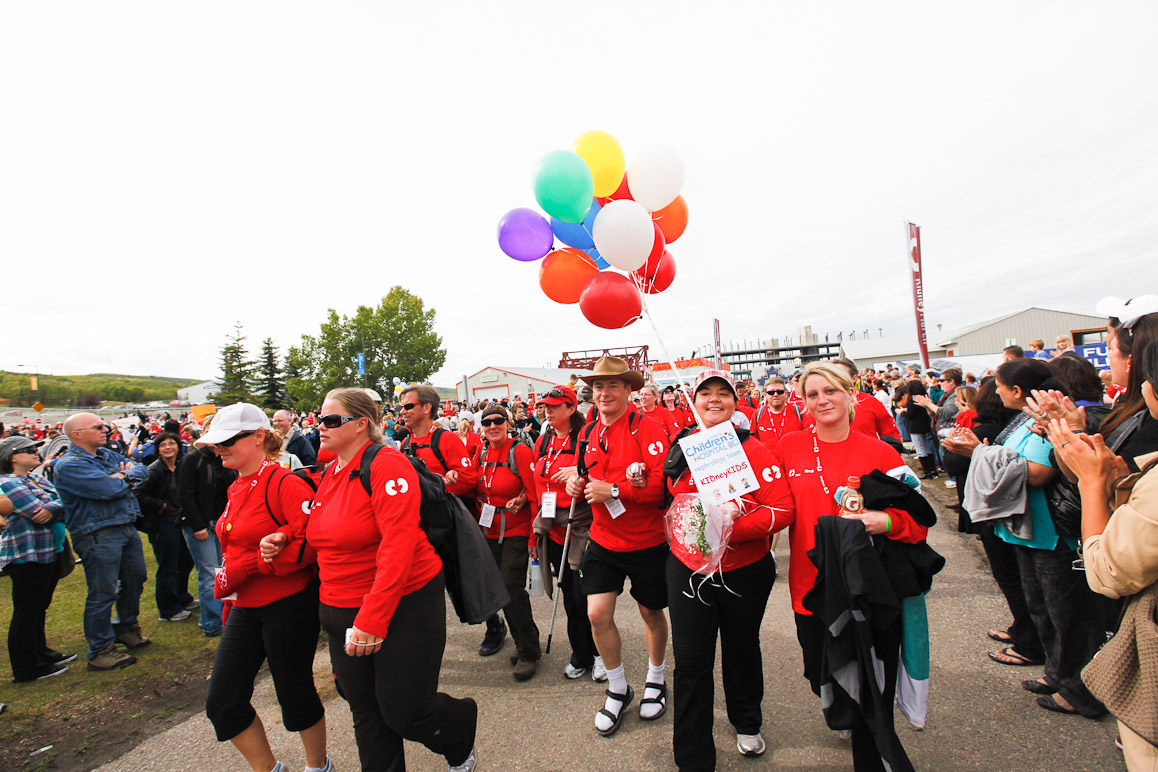 We’re launching a new site! In celebration of such an occasion, we’re going to look back on 2011. For those who took part, enjoy. For those thinking about marching in 2012…click above to register! END_OF_DOCUMENT_TOKEN_TO_BE_REPLACED