For the 3rd year in a row, Otsuka employees are rolling up their sleeves to sponsor the lunch stop on the first day of Kidney March. André Mumme, Otsuka’s Manager of Stakeholder Relations, says supporting events like Kidney March, and having compassion for people they serve, is in their DNA.

“Our customers tell us that they see Otsuka as a different kind of company,” he says. “They know us as a company that walks the talk and genuinely works to make things better for everyone.” André notes the Japanese company with a Canadian headquarters in Montreal is involved in activities that are meaningful for the people who use their products. Otsuka is also the national sponsor for the Kidney Walks Canada-wide.

Christian Girard and Arthur Magnaye both live and work for Otsuka in Alberta. Christian says he has never been more proud to work in the pharmaceutical industry than he has been over the last few years he and Otsuka have been involved in Kidney March – an event he sees as the flagship event on the renal calendar.

“Seldom in one’s career do you get to be part of something so powerful. I came to Kidney March that first year thinking I was handing out a few sandwiches at a charity event, and was blown away by the people I met — their struggles, people they have lost, and their dedication,” he says. “Everyone was positive and smiling no matter the weather or their personal circumstances. There is nothing like Kidney March.”

Arthur had a close friend in university who donated a kidney to his brother in the early 90’s; he found himself similarly impacted by his involvement in Kidney March. “With Otsuka having the first-in-disease product for people with polycystic kidney disease, it is amazing to see first-hand the people who may benefit from our work. The whole Kidney March atmosphere is incredible from the first minute you are there,” he says. “It’s a privilege to be engaged with such a motivated group of people – there is no doubt we benefit as much or more than we contribute.”

While Arthur and Andre’s predecessor, Maxime Rouleau, will be doing his part by hosting a bake sale at head office and coming back to ensure sandwiches are distributed to hungry Marchers, Christian and his colleague Glynis Webster are taking their commitment up a notch by registering to March this year – including the personal fundraising, staying at camp, the whole deal.

As an Iron Woman competitor, Glynis is a natural; Christian is excited but ‘nervous as heck’ about the challenge he has taken on. “Glynis may be piggy-backing me, but I will cross the finish line one way or another,” he says. “Failure is not an option.”
Click here for more information on the new PKD recommendations:
https://www.kidney.ca/page.aspx?pid=502 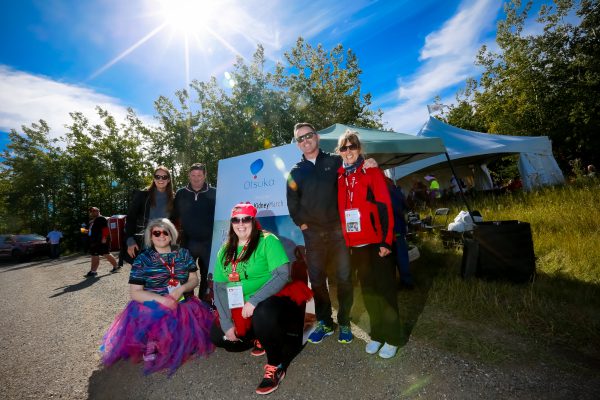