Meet Susan M. Samuel, MD FRCPC MSc, an outstanding pediatric nephrologist and world-class researcher funded by The Kidney Foundation. She shared her impactful personal story, explained a little about her important work, and talked about why she personally participates in Kidney March during the 2021 Kidney March Celebration and Alumni Reunion.“What research has done for our family is given my dad that extra 22 years that he wouldn’t have had if we did not have advances in dialysis, in transplantation, in life-sustaining care…”  Get to know Susan and the work she is doing by watching her interview here.

The Kidney Foundation recognizes the true value of funding research to improve the future. Research brings hope for better treatment options and a better quality of life for patients and their families.

The essence of Kidney March is difficult to put into words. The feeling of accomplishment, the memories you make, and the impact you have. When Richard heard Kidney March advertised on the radio in 2010, he never thought it would become such an important part of his and his family’s life. “I had no idea it would turn into a life-long thing. I realized there was something special about the people who came together to complete such a feat and go on to do it again and again. It became my goal to do it every year and I haven’t quit since… It’s not about the kilometres. It’s all of it. Raising the funds, doing your part, connecting with others. It’s a feeling you can’t put into words.” Richard and his family created Team M&M in 2010, in honour of his father-in-law who had kidney disease. Now many years later, Team M&M continues to bring in new Marchers and Crew, spreading the Kidney March cause in their communities and beyond.

Richard is also well known for continuing to fundraise along the Kidney March rout by picking up any recyclable bottle he sees. His dedication to raise the most he can for kidney disease is unwavering.

For 20 years Randy Haatvedt was a customer at Pat Dardano’s shoeshine stand. When Randy saw Pat’s health declining because of kidney disease, “I got thinking, maybe I could give Pat a kidney,” says Randy. On July 11, 2012, Pat received the life-changing transplant, and now they share a bond of a lifetime. “I tell everyone this is the man who saved my life,” Pat smiles. Randy is now a 5-time Kidney Marcher and a pit stop sponsor. “It brings tears to my eyes. No one in Randy’s family has kidney disease. He just decided to step up, and give the ultimate gift – the gift of life,” says Joyce Van Deurzen, Executive Director, the Kidney Foundation of Canada (Southern Alberta). 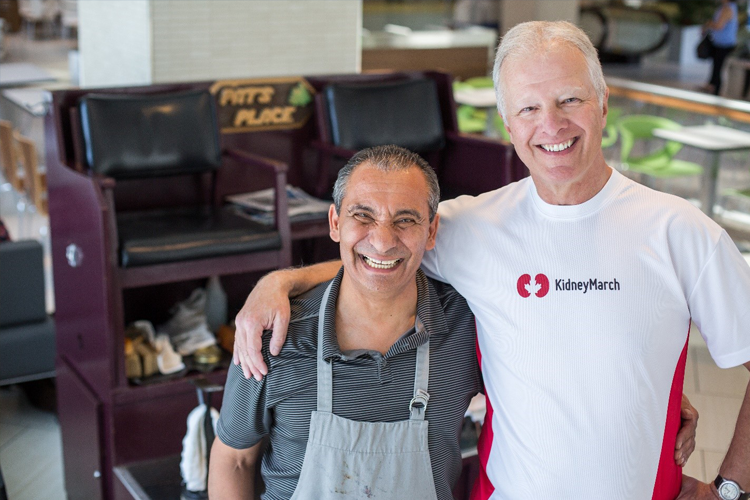 Himaani marches for her mother, who has kidney disease and received a transplant in 2019. After seeing her mother fight kidney disease with such strength and courage, Himaani joined Kidney March to fight with her mother and has kept marching ever since. “My mother is everything to me. She gave me life, and I would do anything I can for her.” When asked why she keeps marching, Himaani explains, “Because the need to advocate for kidney disease and support organ donation is still so important and because of the amazing people that are part of this family. I march for all of those who can’t and for the souls that we have lost.” Himaani’s passionate and spunky personality brings fun and laughter to Kidney March, and we are so happy she joined our family for her first march in 2014! 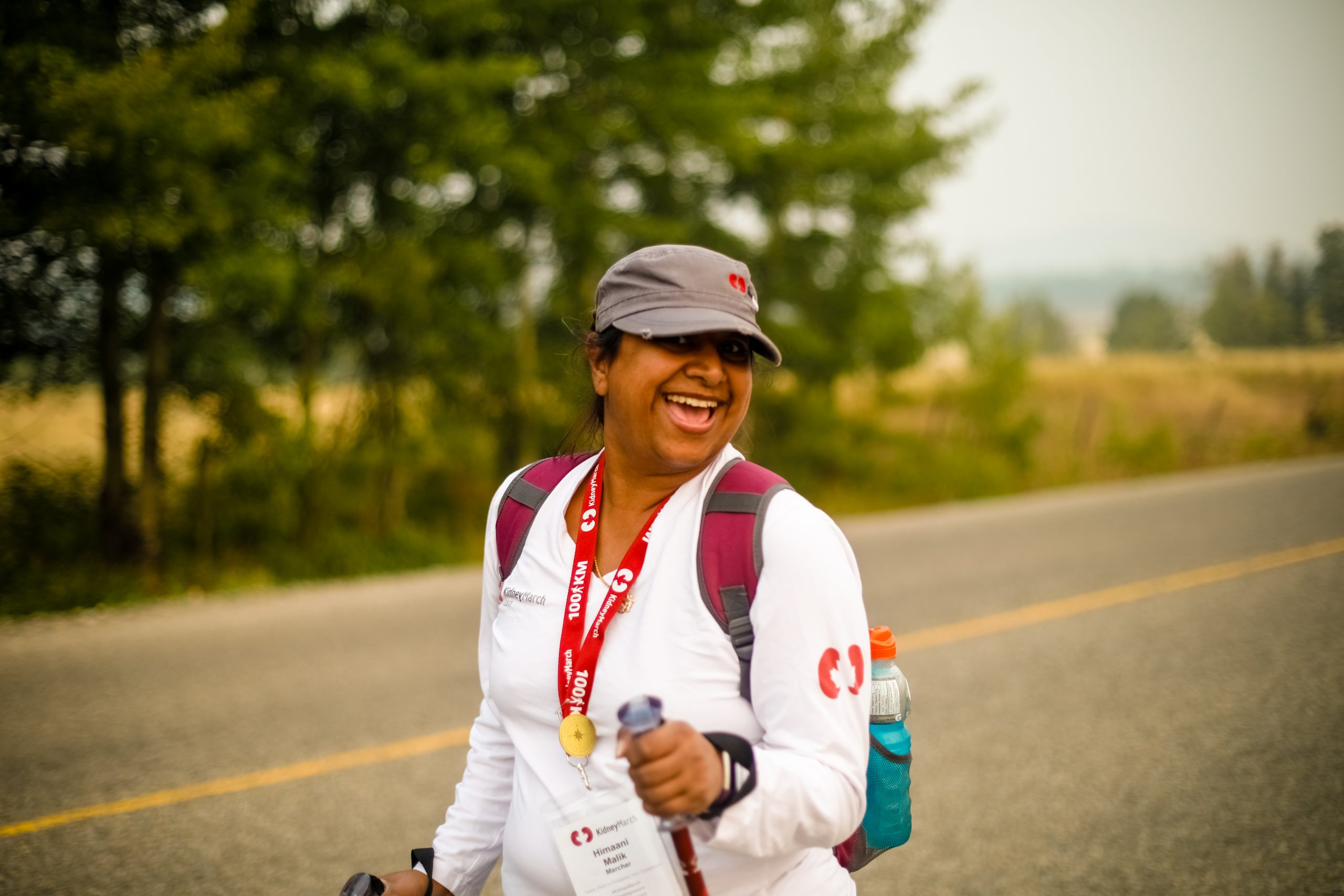 Laura is marching with her team “Happy Appy” for her daughter Penelope. Penelope was diagnosed with a duplex kidney and at three months old she needed surgery. Until Laura decided to do Kidney March and share her story, “a lot of people didn’t even know Penelope had kidney issues, let alone has already had surgery,” she explained. “No one can really do anything for you… but with Kidney March, they now have a way to help and a way to support us.” Laura is marching, like many of our moms, to raise awareness and create better outcomes through advances in research and care. “There is just so much love and support in the kidney March community and it’s comforting to know that I am not alone.” 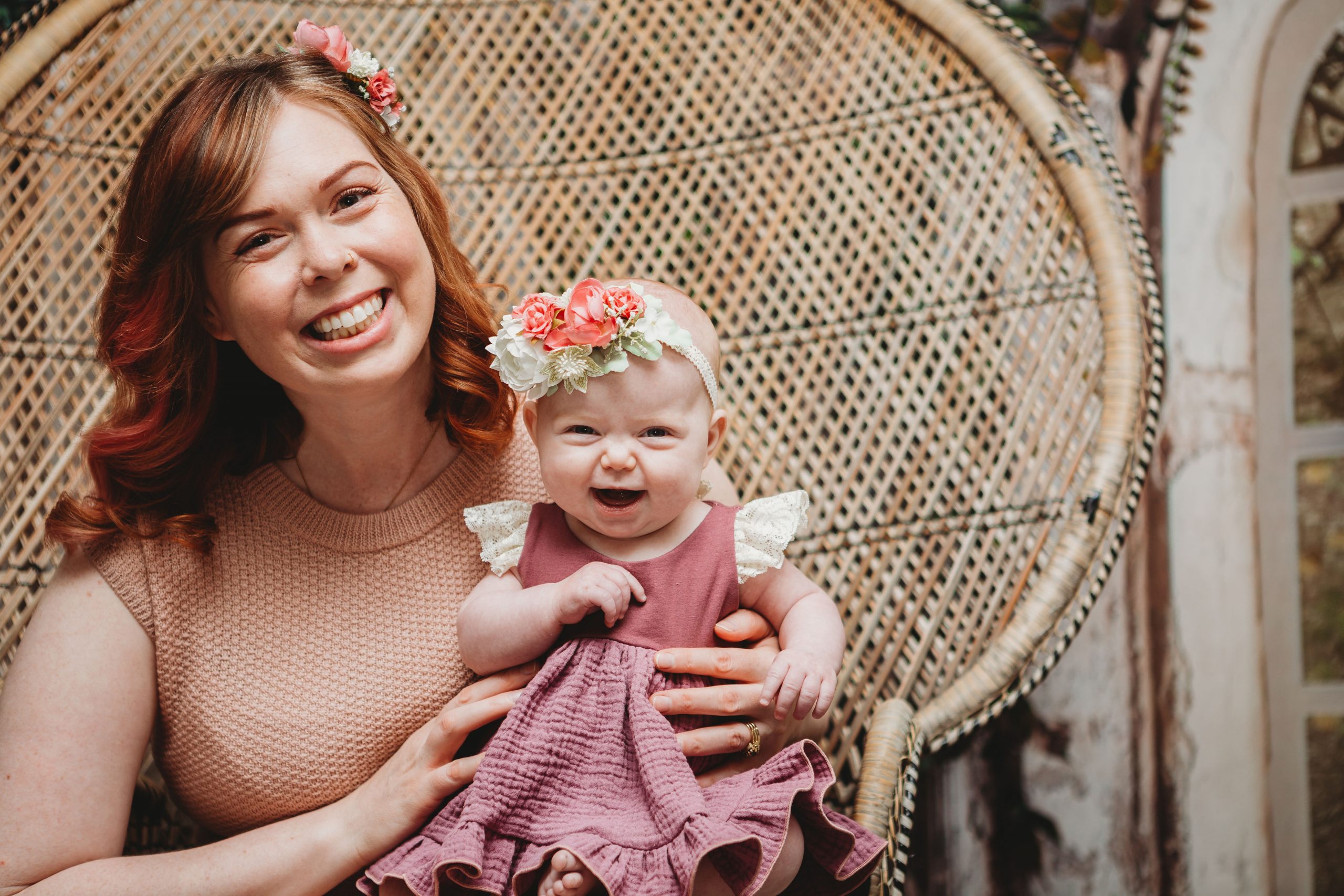 “If my daughter and all the other people on dialysis and with kidney transplants can go through these challenges, I can challenge myself to complete 100 kilometres,”
Sinclair is marching for daughter, Teagan. Teagan has a rare kidney disease called Cystinuria that almost went undetected. She was diagnosed at 5 years old and has had 6 surgeries to remove cystine kidney stones. One of which was 5cm in her only 9cm kidney. Due to her disease, Teagan lost her right kidney. Danielle hopes that Teagan will not need a transplant in her lifetime, but she marches to create a brighter future and better outcomes for her daughter and other families. “I just feel so grateful knowing that by marching we help people get better care, better medicine. How good would you feel knowing that one day you helped find a cure?” 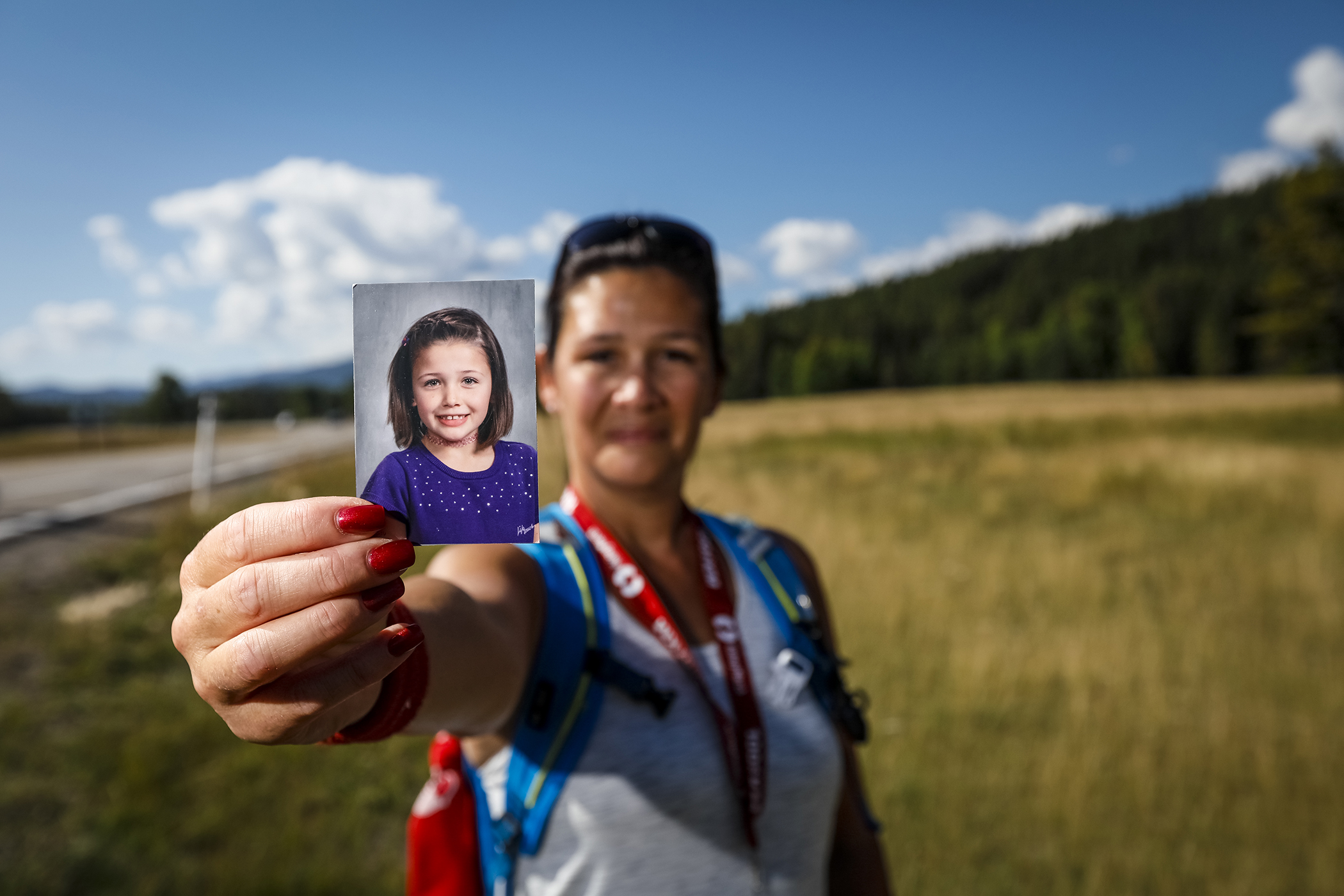 At 76 years old, Fred Robins walked 100km in 3 days in his home town of Medicine Hat. 2020’s Kidney March was virtual, and Fred stayed inspired the whole 100km by thinking of those living with kidney disease. After hearing Fred’s inspiring story you’ll be lacing up your shoes for Kidney March.

“There’s a joy that Kidney March brings knowing that I, as an individual, can make a difference. I think I have been looking for years to find something like that and I can do this. It’s a wonderful, marvellous experience.”

“In her talk March to Empathy, Nikki Guyett, describes how a 100 km march pushed her both physically, and emotionally. What started as a journey, ignited by curiosity and challenge, became an experience grounded in a much larger calling.”

Meet Randy, transplant recipient and Kidney Marcher from BC. In 2012 Randy received a kidney transplant from a living donor, and he has made it his mantra to “give back” for the generosity that saved his life. Randy is honoured to walk in Kidney March to help others facing kidney disease. “Without my donor’s kindness, I would have never married the woman I love, see my son get married or held my granddaughter. I never take anything for granted anymore, and I appreciate every day. I now can help others in an in-direct way and feel I have to “pay it forward.” 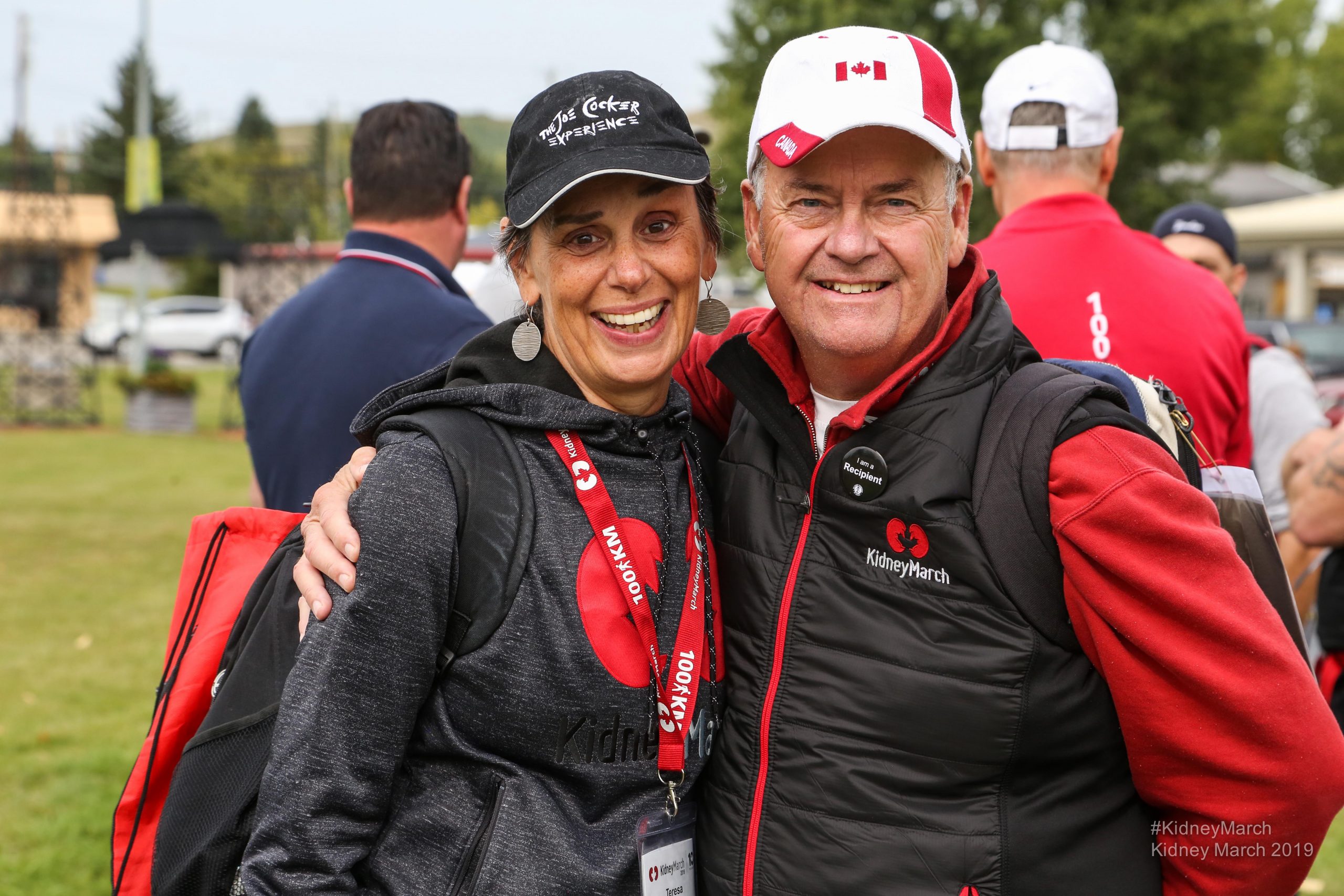 “It is an empowering movement and community. It will change your life forever.”

Michelle MacKinnon flies from Ontario every year to do Kidney March. Why? She needs to do something really big in memory of her son David. The very day she was scheduled to give him her left kidney, David died from the complications of kidney disease. He was 18 years old. “The March isn’t going to bring David back. But I do it with my son Andrew to honour David, and every other kidney patient in Canada,” she smiles through tears. Four years after David’s death Michelle saw another mom on Facebook looking for a kidney donor for her two-year-old son. Michelle was a match! On May 13, 2015, she gave the gift of life to a perfect stranger. “We’ve since become family friends and seeing their joy as he grows up, it keeps David’s memory close to all of our hearts.” 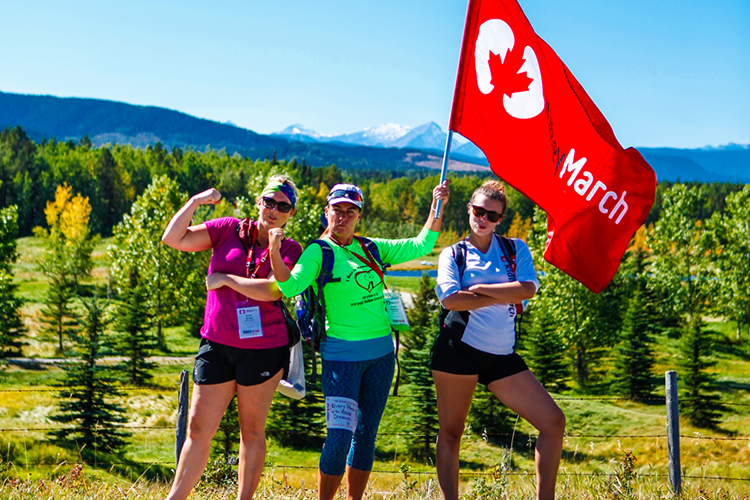 This courageous warrior and shining light in our Kidney March family left us suddenly on May 27, 2019 at age 22.  Nicole meant so much to so many people. Despite being on dialysis, her more than 100 surgeries, and many health challenges, she was always an enthusiastic and bright young woman, eager to befriend everyone in the true spirit of Kidney March. Kidney March is about doing the most you can possibly do and that was truly Nicole. She was a relentless advocate for the kidney cause. We know her story will continue to be one of inspiration and true strength above adversity. Our hearts go out to her mom, Sherri, and her sister, Rachel, who have been a big part of Kidney March since the beginning.  Also to her friends, doctors and nurses who loved her dearly. Nicole, with every step we take you will always be there with us.

Heather Dean, RN CNeph(C), Nurse Clinician at the South Calgary Dialysis Centre, and Janice MacKay, RN, CNeph(C), CCRP, a Research Manager at the University of Calgary, are best friends and colleagues. They’ve walked in every Kidney March since 2010 – that’s hundreds of kilometres to honour their patients. “They are always with us in our hearts,” says Heather. “Our patients are our heros,” Janice adds.

Carole Stoker has crewed every Kidney March since it began. When Marchers arrive at pit stops Carole lifts their spirits with her zany dance moves and dazzling smile. Notice that “Sumo Lady” is missing a kidney on the left side of her sumo suit? That’s because Carole donated her left kidney to her sister-in-law Yvonne Sherren in 2015. “If I had an extra, I would do it again,” Carole laughs. “It feels great. We are much closer now. It’s grown our relationship,” she says. 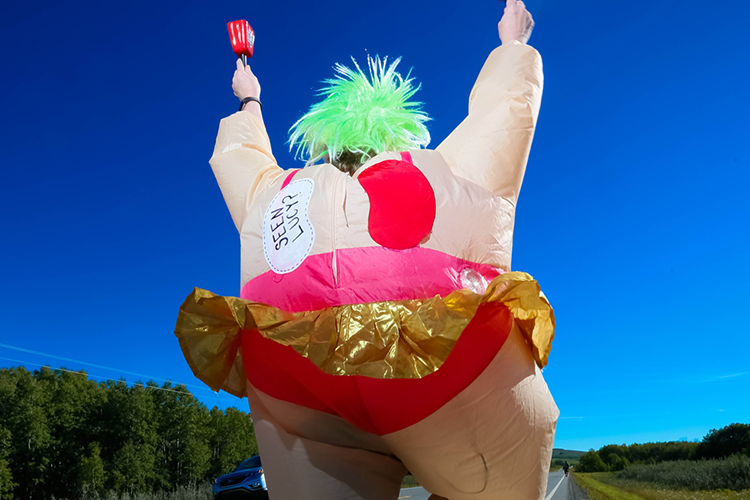 Dr. Dan Muruve, a kidney specialist and professor at the University of Calgary, is also Medical Director of Alberta Health Services’ Southern Alberta Renal Program and Canada Research Chair in Personalized Medicine, Inflammation and Kidney Disease. At Kidney March, he gets weary Marchers up and dancing by tearing up the stage at Kidney-O-Kee. 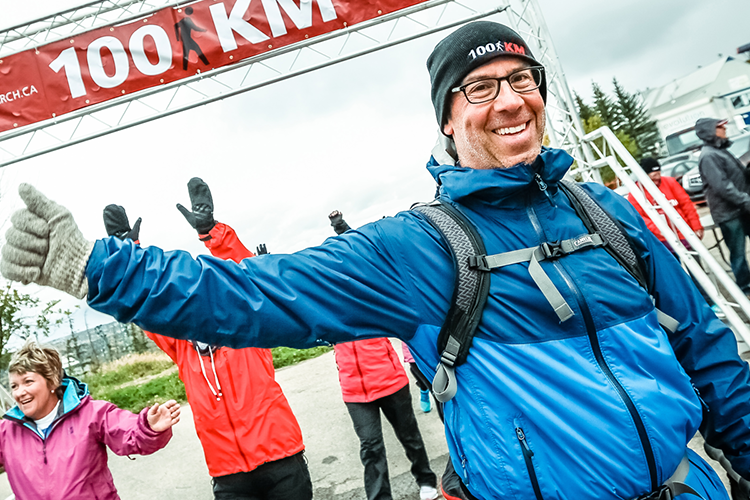 “We joined Kidney March the very first year and Kidney Marchers have become like family,” says Stuart Duff who donated his kidney to his wife Cheryl in June of 2016. “My husband truly is my perfect match,” says Cheryl Duff. “After years of struggling with kidney disease, I am back to a full life with my new kidney on board.”

In the News: Shaw TV Link